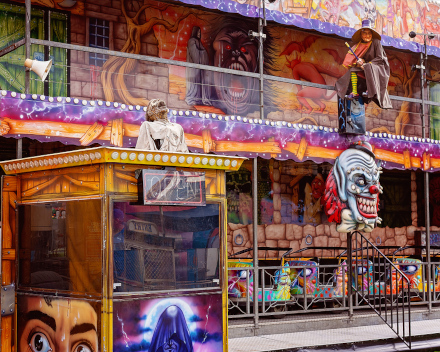 "Buy The Ticket, Take The Ride."

The quote is from Hunter S. Thompson, who felt an ironic contempt for our propensity to complain about the consequences of our own bad choices (something he knew all about). Which brings me to the latest Facebook uproar. People are so shocked - SHOCKED! - to learn that Facebook was gamed by a digital agency working for Donald Trump. My take is that it's far from shocking. Something like this was bound to happen.

In using Facebook and other social media sites, you should know that you are taking on a high degree of risk. I do know it, which is why I use Facebook sparingly and selectively, with my eyes wide open.

Nothing that you do or say there is private. Everything is catalogued by the site owners for the purpose of creating a consumer profile. Having millions of consumer profiles on inventory gives Facebook the ability to narrowcast ads based on user affinity. It's all about precision delivery. That's what Mark Zuckerberg is referencing when he uses this vague term "your data."

You pay for the use of Facebook with what I'll call your retail identity. It's an in-kind transaction in which you participate - wittingly or not - in the creation of your individual consumer profile. The profile is based on your posts and your clicks, plus any personal details you may choose to reveal in your account settings. And now it's also going to include dating profile information volunteered by millions of users participating in the company's new hookup service.

So in this sense Facebook is the most sophisticated surveillance system ever built. But no you musn't compare it with Big Brother, because you are surveilled only if you opt in. You have to open the door and invite Big Brother into your house. Facebook is actually fairly transparent about all of this. The Terms of Service which you didn't read tells all about it.

This system allows Facebook to serve you ads based on your logarathmically modeled profile affinities - including your political leanings and hot-button passions. Hence Facebook can efficiently target you for political ads which challenge your views or reinforce them, depending on the needs of the advertiser.

The exact makeup of your consumer profile remains a closely guarded secret. But here's a highly educated guess. It predicts what you're in the market to buy and what you're primed to believe. It inventories your professional emphasis, leisure pursuits and political convictions. And of course it knows everybody you know within the network. Facebook defines "privacy" as not selling your profile to third parties. But you have no privacy whatsoever relative to how Facebook uses your profile within it's own sophisticated advertising system.

That system makes traditional media tracking look stoned-aged. Imagine your TV had a built-in transponder which reported on your viewing habits to central marketing command in real time. Now imagine that every TV everywhere had this device. And it was further capable of serving personalized advertising regimens to individual viewers. Nielsen Media Research can only dream of such power.

Simply put, Facebook manufactures a product called attention. That's what they sell. Raw material for the product is harvested from users. Their free contribution powers the entire system. If anybody is owed something, it's you.

I have never been a big Booker and in the last couple years cut back my activities significantly. The reason was, I got creeped out that this website may know more about me than I do. Call me old fashioned that it bothers me. Most people look at Facebook as kind of a free amusement park. I see it more as a place to have your brain washed - an epic behavioral modification experiment. And I understand that it's anything but free. The exchange of value simply takes a form other than U.S. currency.

Nobody's forcing you to buy this ticket. If you do, though, now you know how the ride actually works. And  if you so choose to keep using Facebook, you'll stop complaining about infringements upon your privacy. Because you gave that up when you opened your account. Go back and read the memo.