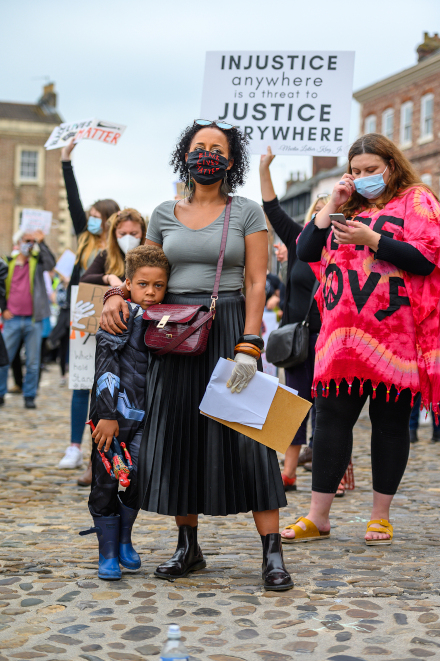 The movement has a complex origin and contested definition, with factional leaders vying to imprint their own stamp. But, as much disagreement exists, there is broad consensus on several key points.

Progressives above all value diversity. We believe that our differences are our strengths, not something to fear. Progressives also believe in social progress, as defined by progress toward a truly egalitarian society which has its goal an inclusive prosperity.

We believe that this inclusive prosperity can give a fair and equal shot at happiness and fulfillment for all people regardless of ethnicity, gender identity, sexual preference, religious beliefs, or adverse circumstances of birth. And we believe in public policy as the vehicle to bring about an inclusive prosperity.

Many progressives like me take the above views even further, toward a kind of holistic quest for planetary happiness for all the other living things with whom we share this fragile Earth. The best English term we have for that is “environmental consciousness.” Native peoples, and the great Eastern religions, have been concerned with the subject for millennia.

Right now you're asking, “What the heck does this have to do with web design?”

The 2000 census happened 22 years ago now, but the cultural earthquake it triggered still reverberates. It foretold the imminent dawn of a minority-majority United States, accelerating the great progressive shift which had been slowly gathering steam since the 1960s. For me that was cause to celebrate, because I always saw diversity as an asset. Made friends with anybody who would have me as one.

But it frightened the hell out of the other half of my divided country. So much so that in 2016 a candidate ran for President on a platform of white grievance and won. I don't see that event as a fundamental change of momentum, however.

I live in Milwaukee, a city of Germanic origin with a reputation as one of the most racist places in the United States. I grew up in a town run by Mayor Henry Maier, a pompous paranoiac, and Police Chief Harold Breier, who dictatorially bossed one of the most brutal, repressive departments in the country. Among its more infamous enforcement activities was the jailing of downtown jaywalkers. Quite a shock to the Chicago couple up here for a magical getaway weekend at the Pfister.

I covered the end of Breier's era for The Milwaukee Journal. He always kind of liked me, maybe because his handshake couldn't drive me to my knees. That happened very early one morning in the elevator of police headquarters. I was on my way up to seventh floor to introduce myself as the new kid in the “cop shop.” The car stopped at three and the door slid open. Aboard strolled Breier, much bigger than life. We were alone under the humming fluorescents. He saw I already punched seven. We started up. He looked at me, but distantly, not engaging.

Without hesitation I stepped forward full of brashness and wearing my best Fox Point smile, extended my right hand and said, “Morning Chief, I'm Jim Gribble, the new Journal reporter.” In those days if you so much as looked sideways at a Milwaukee cop, white wiseguys would get pinched for “obstructing.” Black wiseguys got shot. Breier despised the Civil Rights Movement, labeling marchers "rioters" and unleashing his jackbooted, combat-ready goons against them. They had the gall to question an established order he was born to serve.

On this entire huge department at that time, there were only a few token persons of color; none with any command authority. The troops were very clear that their paramilitary mission was to protect the Good White Folks from the predatory, indolent, simpleminded Negro. Among that crowd against all odds I found and befriended a few amazing, dedicated, big-hearted, exemplary humans. Towering figures in a small parochial space. Spiritual kin where none should have existed. But they were flickering, lonely specks of light against a vast foreboding night.

Today they would have a lot more company.

See, just last week a funny thing happened here. We elected a new black mayor. The police-state town once owned by the likes of Maier and Breier is now owned by a young, African American up-and-comer named Cavalier Johnson. He ran on a platform of tolerance, racial peace and economic reform. It was a near landslide. How times change. You know he got my vote.

Two years earlier, my urban neighborhood of Bay View had completed a transformation three generations in the making. Where everywhere had once been “I Like Ike” signs, now almost every house sported a “Biden-Harris” yard sign, as well as a “Black Lives Matter” placard. Any Trump signs mentioned him scatalogically.

This future - the so-called New America - may not yet be evenly distributed but has achieved high density in the most populous, prosperous parts of the country. Rural America still ain't buying, no. But really how much does it  matter? Those vast expanses are being hollowed out, as highly automated corporate agriculture displaces the family farm. And nothing is done to stop it by the very politicians who purport to represent the family farmer, because they need that corporate dough to bankroll their campaigns.

So here's the deal like it or not: Companies selling products and services are already living in the New America. The New America is your now, not some far-off tomorrow.

Therefore it's incumbent upon you to find a marketing agency that, first, embraces the New America as a happier and more interesting place to live; second, knows the culture, language and roots of the New America; third, believes in the New America as the best, most sustainable way forward for the American people.

You need agencies like us, Javelin Communications, who are proud to wear the Progressive badge and are dedicated to a more rewarding and inclusive prosperity, for all.